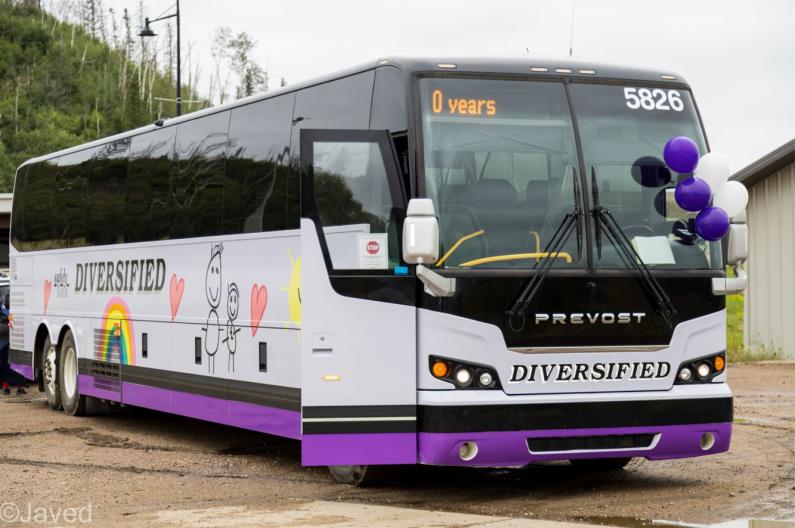 Penny and the rest of our Dedicated team in Fort McMurray came up with the idea of turning their annual fun run into a charity event to support the foundation. It was a huge success. With 26 participants pledging money to the Foundation and Diversified kindly matching their cash, we managed to raise a total of $5400 for the charity. This incredible donation will help support the Stollery as the leading pediatric hospital in northern Alberta and allow their amazing team to continue their mission to provide world-class care to over 300,000 children each year.

Learn more about Diversified's journey to Support the Stollery from Penny:

In early April I was already in the planning stages for our run to take place, and at that time we were deciding on which charity to partner with.  We tossed around a few ideas and thought that one organization, although not local, that has provided tremendous support to our community is the Stollery Children’s Hospital in Edmonton.  I reached out to them about our idea of partnering with them and once my initial email was answered, we discussed tying it to the community and to a story that would make it local.

At that time they introduced me (virtually) to Boston and his mom Nancy. Upon meeting Boston, I quickly realized that he is a force to be reckoned with.

He has an amazing personality, infectious smile and is quite the little conversationalist!  He’s a huge fan of the Toronto Blue Jays, Edmonton Oilers and Fort McMurray Giants and is somewhat of a local celebrity within the baseball community as he is well known to those who frequent the ball diamonds. He’s a proud player within the Fort McMurray Minor Baseball Association – all thanks to the cardiac care he received at the Stollery Children’s Hospital. As a baby, Boston was watched closely by his local pediatrician because he always seemed to be sick. After being hospitalized with a bout of bronchitis, his pediatrician discovered he had an enlarged heart and referred him to the Stollery in Edmonton. The experts at the Stollery diagnosed Boston with a large hole in his heart, and at nine months old, the family drove five hours to the Stollery where he had open-heart surgery. After recovery and a short stay in the pediatric intensive care unit, Boston and his family returned home to Fort McMurray. Boston continues to visit the Stollery every year for a checkup, which is why his family is grateful to have a world-class children’s hospital right in their backyard.

Once the initial introduction was made we thought it would be a great idea to open it up to the public and what better way to get the word out there than to get it out on a billboard (or bus) right?  So we decided to give Boston a blank picture of a bus and have him design his idea of the perfect bus.  We then took his pictures which he coloured and transposed onto a wrap for one of our buses.  The result was nothing short of amazing and let me tell you, it created quite the buzz in the community!

As smoothly as our partnership came together the logistics for the run took a little more work, we had to switch routes midway through our registration period and deal with some inclement weather (and bears) but nevertheless, we had 26 walkers/runners who successfully completed the route and had some fun along the way.  We raised $2,700 which was matched by Diversified allowing us to present the Stollery with a cheque for $5,400.

We’re happy that we were able to support such a worthwhile organization all while having some fun at it and look forward to a continued partnership.  A huge thank you to all who contributed and participated and to our volunteers, who without, this would not be possible.