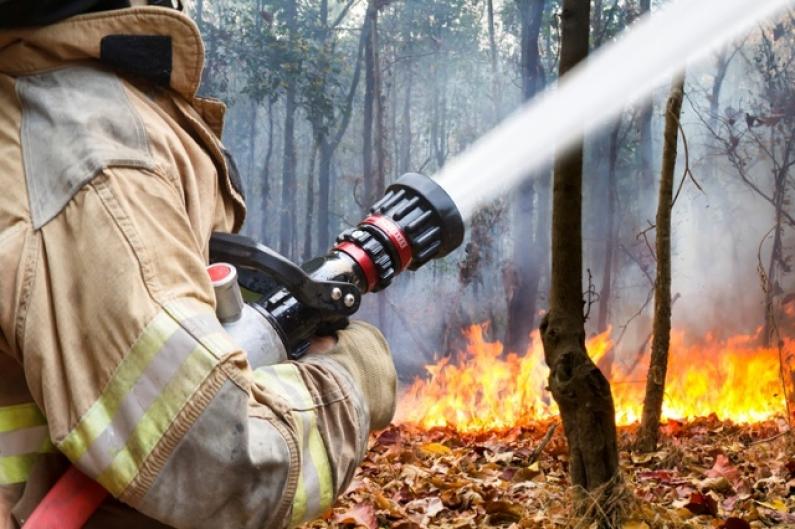 Initially, my topic this month was the growing concern for how cruise control lulls drivers into a “zombie” state of mind. As I sat down to write, a much more imminent danger changed my mind.

A run-of-the-mill brush fire in northern Alberta had suddenly grown out of control, as high winds whipped the flames into a massive conflagration, catching everyone by surprise. With an almost endless supply of dry fuel on the forest floor, a parched treetop canopy and record-breaking 90-plus degree temperatures, swirling, gusting winds transformed the flames into a monster dubbed “The Beast” that surrounded the city of Ft McMurray in a dirty, nasty ocean of fire.

Our company has over 600 employees in the Ft McMurray area, who operate hundreds of coaches and buses from several large facilities both in and out of town. So this story is very much our story … and it is personal.

Not only did the fire grow tenfold in one day – far more quickly than anticipated - its path was impossible to predict as it danced in lockstep with the ever-changing winds. The Beast grew so large it began creating its own weather system.

Experienced firefighters said they had never seen anything like The Beast as it rewrote the book on the way a wild fire moves and behaves. One astonished resident said that it took only 36 minutes for distant smoke on the horizon to become a galloping fire on his doorstep. Then all hell broke loose…the scorching heat devoured several communities. As the flames stormed in, Alberta declared a state of emergency and issued mandatory evacuation orders. The race was on for the entire city of 88,000 to get out of town.

Like a hellish, apocalyptic scene out of the movies, with only minutes to escape in the ensuing chaos, confusion, panic and fear, some went north, some went south; and many were turned back at road blocks as the inferno showered live embers and glowing ash.

Meanwhile, 2,277 brave fire fighters were on the ground, supported by 208 helicopters, 412 pieces of heavy-duty equipment and 29 air tankers, while several hundred police assisted in the evacuation and protected the rapidly emptying city.

News agencies from around the world sent reporters to cover this disaster. Support poured in from celebrities such as Kelly Ripa and Shaquille O'Neal. Even the Queen of England offered us her well wishes.

By the time the fire moved on, it had razed more than 2,000 homes and buildings. Two lives were tragically lost in a traffic accident, but miraculously there were no other reports of deaths or serious injuries.

Evacuees told harrowing stories of narrow escapes in their rush to safety, best summarized by one man’s social media: “We are not fine. We are in danger. We were unprepared when we were told we had to leave. We had no idea what to pack. We escaped, but only by seconds. If we had been better prepared, we wouldn’t have been caught so off guard. We were lucky.”

As most of you reading this are nowhere near Ft McMurray, I’m guessing many might be asking, “What’s in this for me?”

The reality is that no matter where anyone lives, fires, floods, earthquakes, tornadoes, and hurricanes have become common occurrences. In fact, as I write this, major flooding is occurring in Houston and tornadoes are cropping up in Oklahoma and Kansas.

Unfortunately, most people (even safety staff) still do not know the drill in extreme emergencies, which is why so many barely made it out from this disaster.

It will take many months, if not years, to recover from the unprecedented losses our community has suffered. My message is an important reminder to those in other parts of the country who likewise may have to leave their homes in a hurry.

Please don’t waste our lessons learned from fighting The Beast. They apply to all. Know the risks. Make a plan. Get a kit. Start with these great resources and tips at www.ready.gov and www.getprepared.gc.ca.

This article orginally appeared in the August 2016 edition of Bus Ride, The Most Trusted Resource in the Bus and Motorcoach Industry.